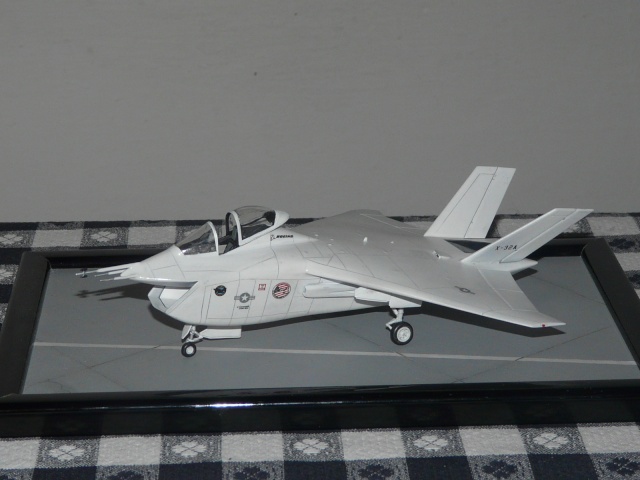 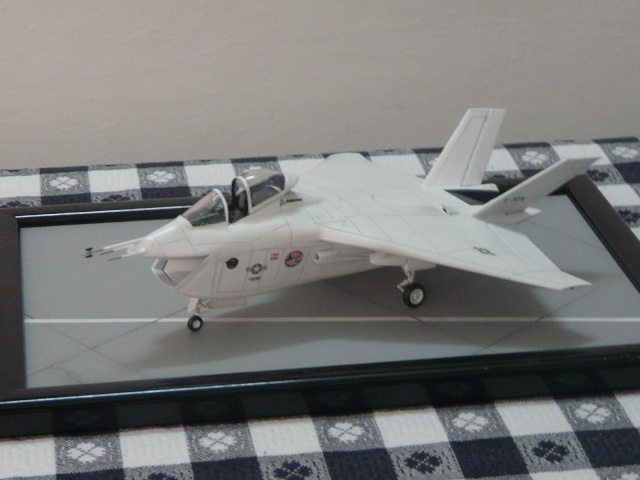 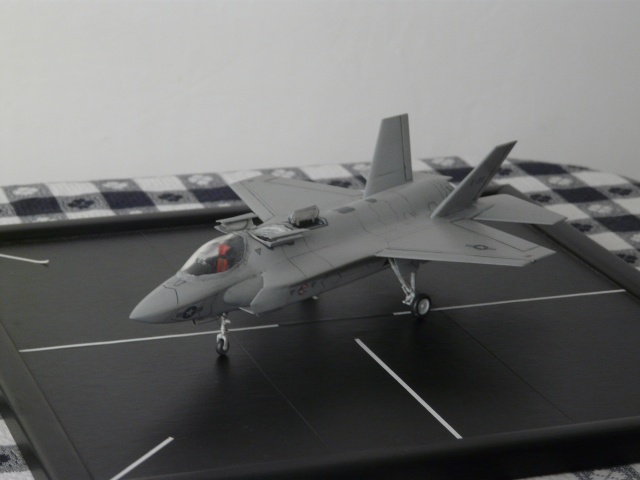 The more you built , the better you get Gordon ,nice finish and good job indeed........

So happy this b.u.f.f didnt win the JSF contract..
alexbb

Very nice modelling work, can someone give some info regarding this plane as for me it is all science fiction

The Joint Strike fighter (JSF) is a program designed to develop a family of stealthy, next- generation replacement strike fighter aircraft for the USAF, USN, USMC and the UK Royal navy and Royal Air Force.

First flight of the Boeing X-32A was on September 18, 2000 a flight from Palmdale, CA to Edwards Air Force Base, CA.

The first air-air refueling with a McDonnell Douglas KC-10A Extender was on December 19, 2000.

The X-32B first flight March 29,2001, completed the first vertical landings following transition from conventional to vertical flight at the US Navy's Patuxent River, MD, test facility at June 27, 2001. Since March 2001 it has flown 78 flights, 43,2 hours in the test program, that ended on July 8,2001.

The Governments Joint Strike Fighter decision on October 26, 2001, was a disappointment for Boeing, the winner of the competition is the Lockheed Martin X-35.

Very good Gordon, just as beautiful as the P-51 even though it was "science fiction" for me as well

Marco, you're just out of this world mate

Well done for builidng a great model of a very ugly looking plane, your work is brilliant.
Dottore

Strange plane but you surely made a good job out of it Gordon!
Hardly believe it flies!!!

Prosit Marco kemm taf tuza il-wikipedia, a few lines would have been enough, because the moment I finished reading your article!!!!!! I forgot everything

, joking apart so these are the new aeroplanes that our children will have to admire in the future?