This is the Pegasus Hobbies 1/48 V2 in markings that the US used in testing in the desert after the war, the first two were in black/yellow, after that they were in various black/white markings, sometimes with red trim. I thought the black/yellow was pretty striking, here's a photo of one of the originals. 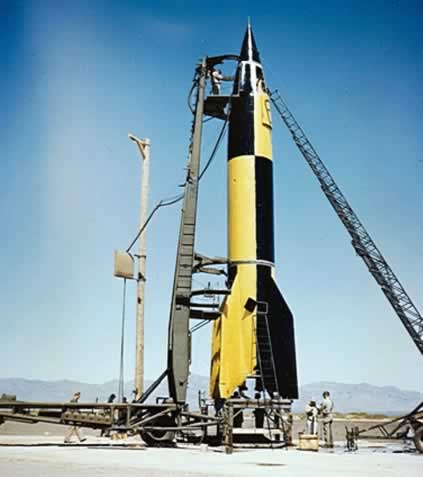 Pegasus Hobbies is a large hobby shop in California and they started making their own models. One of their ranges is 1/48 aircraft (as well as this V2) that are aimed at the beginner or newcomer with simplified interiors and few additional parts, although they do offer the option of lowered or raised gear. They are snap together and the majority of the parts fit together well, the seam virtually disappears. They don't have the same level of detail as some of the other models out there, but at $10, they're hard to beat for a quick, fun build. Their detail is also getting better with more releases.

The V2 comes in an olive green plastic, I have two of the aircraft and they came in a darker gray plastic. This can be assembled in very little time, I did use glue and a little Vallejo acrylic filler where the fins attached. 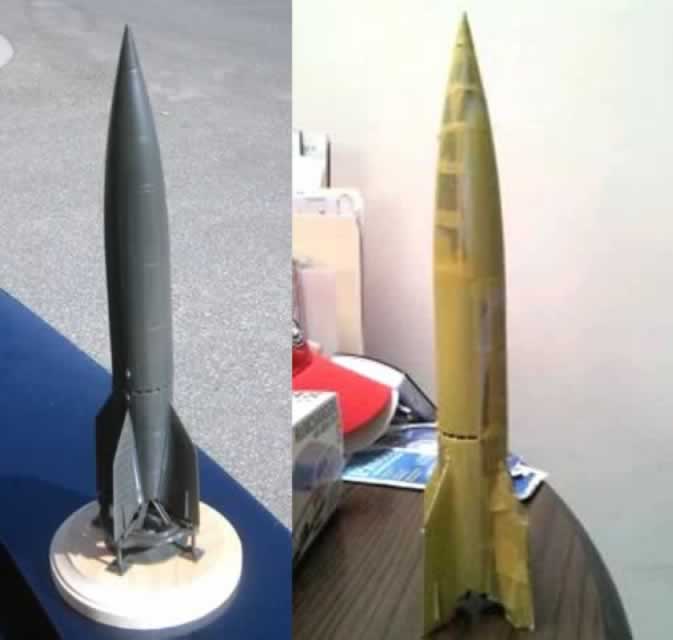 I used Vallejo paints, olive drab on the base, I couldn't really tell from the photo what color the base was and the army at that time painted pretty much everything olive drab. I used their black primer on the rocket and then taped off for the yellow areas, then their light gray primer and then the yellow. It would've been better if I would've used the light gray primer first, then yellow, and then black. The yellow ended up lighter in the panel lines, I was going to change it until I enlarged the photo of the original and saw it was the same way. Painted the exhaust outlet above the fins (or whatever that is) steel, but it just didn't turn out the way I wanted it to. Then gave the rocket a couple coats of satin Future. Tried to keep the edges of the yellow from being completely straight since these were crudely painted originally. 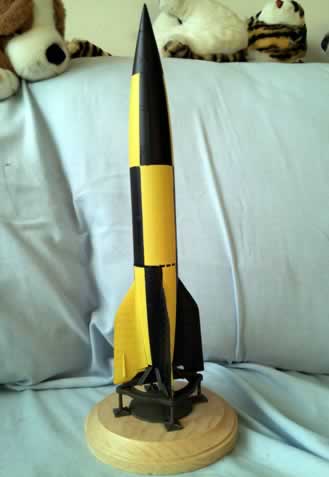 The base is an inexpensive wooden plaque from a craft store painted with Future, used epoxy to glue the base down and then glued down some fine gray model railroad ballast. Took four or five attempts before I was satisfied with the results, then put a layer of white glue over it to seal it. It looks better and with more color variation then the photo shows, some time later, I might do some dry brushing on it. 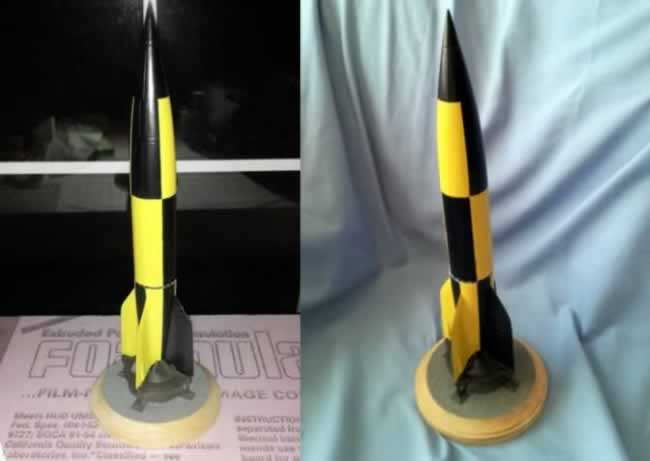 Thanks! There are some things that I wish would have come out better, I just didn't want to strip the whole thing for small areas. I just had to attach the picture of Sneaker, looks like one of those of those B movies from the 50s, Attack of the 50 foot Kitten

This is my second completed model on here

great work Brad ...love the pic with the cat

Thanks. Sneaker has always been pretty good about leaving my models alone when I'm building, but when I'm taking photos, then she thinks it's playtime.
slingshot392

So right Brad, that is an awesome site if you are into the rocket and who isn't? Amazing technology for the time.
Sponsored content