Police are warning all men who frequent clubs, parties & local pubs to be alert and stay cautious when offered a drink by any woman.

Many females use a date-drug on the market called 'Beer ' .

The drug is found in liquid form and is available anywhere. It comes in bottles, cans, or from taps and in large kegs.

Beer is used by female sexual predators at parties and bars to persuade their male victims to go home and sleep with them.

A woman needs only to get a guy to consume a few units of Beer and then simply ask him home for no-strings-attached sex.

Men are rendered helpless against this approach. After several Beers , men will often succumb to the desires to sleep with horrific looking women to whom they would never normally be attracted.

After drinking Beer , men often awaken with only hazy memories of exactly what happened to them the night before, often with just a vague feeling that 'something bad' occurred.

At other times these unfortunate men are swindled out of their life's savings, in a familiar scam known as 'a relationship' . In extreme cases, the female may even be shrewd enough to entrap the unsuspecting male into a longer-term form of servitude and punishment referred to as 'marriage'.
Men are much more susceptible to this scam after Beer is administered and sex is offered by the predatory females.

Please forward this warning to every male you know.

If you fall victim to this 'Beer ' scam and the women administering it, there are male support groups where you can discuss the details of your shocking encounter with similarly victimized men.

For the support group nearest you, just look up 'Golf Courses' in the phone book.

For a video to see how Beer works click here:

> **Divorce: Future tense of marriage.
> **Cigarette: A pinch of tobacco rolled in paper with fire at one end & a fool on the other.
> **Lecture: An art of transferring information from the notes of the lecturer to the notes of the students without passing through 'the minds of either'
> **Conference: The confusion of one man multiplied by the number present.
> **Compromise: The art of dividing a cake in such a way that everybody believes he got the biggest piece.
>
> **Tears: The hydraulic force by which masculine will-power is defeated by feminine water power
> **Conference Room: A place where everybody talks, nobody listens and everybody disagrees later on.
> **Classic: books that people praise, but do not read.
> **Smile: A curve that can set a lot of things straight.
> **Office: A place where you can relax after your strenuous home life.
> **Yawn: The only time some married men ever get to open their mouth.
> **Etc.: A sign to make others believe that you know more than you actually do.
> **Committee : Individuals who can do nothing individually and sit to decide that nothing can be done together.
> **Experience: The name men give to their mistakes.
> **Atom Bomb: An invention to end all inventions.
> **Diplomat: A person who tells you to go to hell in such a way that you actually look forward to the trip.
> **Opportunist: A person who starts taking a bath if he accidentally falls into a river.
> **Optimist: A person who while falling from Eiffel tower says in midway 'See, I am not injured yet.'
> **Miser: A person who lives poor so that he can die rich.
> **Father: A banker provided by nature.
> **Criminal: A guy no different from the rest....except that he got caught.
> **Boss: Someone who is early when you are late and late when you are early.
> **Doctor: A person who kills your ills by pills, and kills you with his bills. 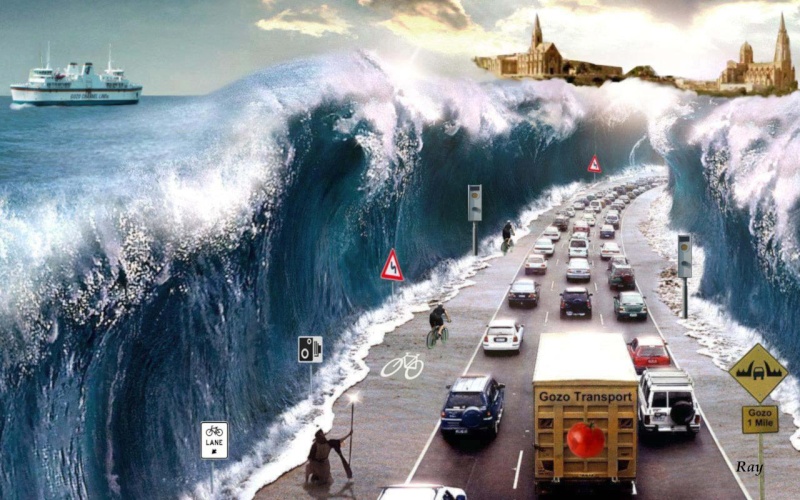 Jack wakes up with a huge hangover after attending his company's party. He is not normally a drinker, but the drinks didn't taste like alcohol at all. He didn't even remember how he got home from the party. As bad as he was feeling, he wondered if he did something wrong.

He forced himself to open his eyes, and the first thing he sees is a couple of aspirins next to a glass of water on the side table. And, next to them, a single red rose!!

He sits up and sees his clothing in front of him, all cleaned and pressed! He looks around the room and sees that it is in perfect order, spotlessly clean. So is the rest of the house.

He takes the aspirins, cringes when he sees a huge black eye staring back at him in the bathroom mirror. Then he notices a note hanging on the corner of the mirror written in red with little hearts on it and a kiss mark from his wife in lipstick: 'Honey, breakfast is on the stove, I left early to get groceries to make you your favourite dinner tonight. I love you, darling! Love, Jillian'

He stumbles to the kitchen and sure enough, there is hot breakfast, steaming hot coffee and the morning newspaper.

'Well, you came home after 3 A.M., drunk and out of your mind you fell over the coffee table and broke it, and then you puked in the hallway, and got that black eye when you ran into the door.'
Confused, he asked his son, 'So, why is everything in such perfect order and so clean? I have a rose, and breakfast is on the table waiting for me??'

His son replies, 'Oh THAT... Mom dragged you to the bedroom, and when she tried to take your pants off, you screamed, 'Leave me alone bitch, I'm married!!'

NEW WAY TO COME TO GOZO

, apart the fact there are no potholes

potholes ???? OR YOU WANT TO SAY BOREHOLES!!!!
Sponsored content