You are not connected. Please login or register
2 posters

Here is the Revell 1/6 Dodge 426 Hemi engine I finished a while ago straight out of the box. I wanted it to look like the engine was recently restored and ready to go into a car, I didn't do any washing or dry brushing as the parts were so large, they were giving their own shadows and highlights, the pictures are somewhat washed out hiding that. These come factory painted, some detailed painting would help. I would like to get more in this series (and I do have the 1/6 Ford drag race engine).

On all of the engines, the block is metal and on some engines like the drag racing engines, other parts are also metal making for a very heavy model. They mostly use screws for assembly, but I never liked that and I ended up using epoxy for most of it.

Most of it went together beautifully, the only two problem areas were the fuel lines were a nightmare to fit as they should have been a little bit longer and shaped slightly different to fit under the coil. Two of the spark plug wires were a little snug, and two of them were extremely tight. Those are vinyl and very flexible. I was hoping to really be able to detail out the carburetors later on, but the way the shaker hood scoop attaches, that would have required a redesign of quite a few of those parts, and my models are just shelf sitter's anyway.

These models can make for very quick assembly out-of-the-box, a nice relaxing build after a detailed build, or for getting a newcomer or a youngster into modeling, and they definitely make for an impressive model on the shelf because of their size. 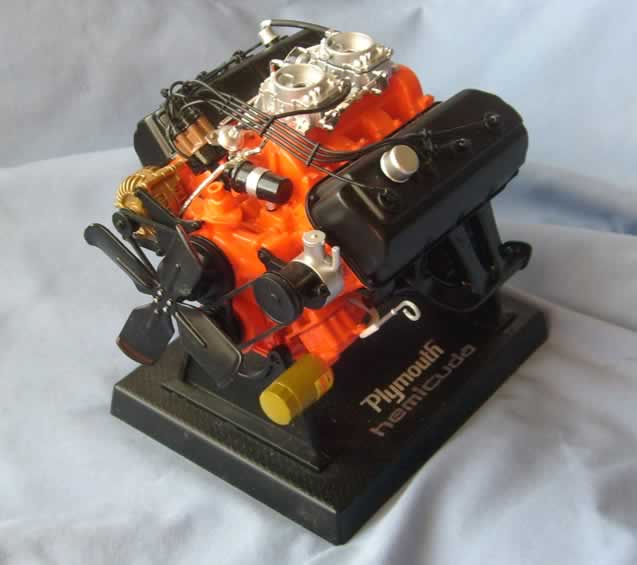 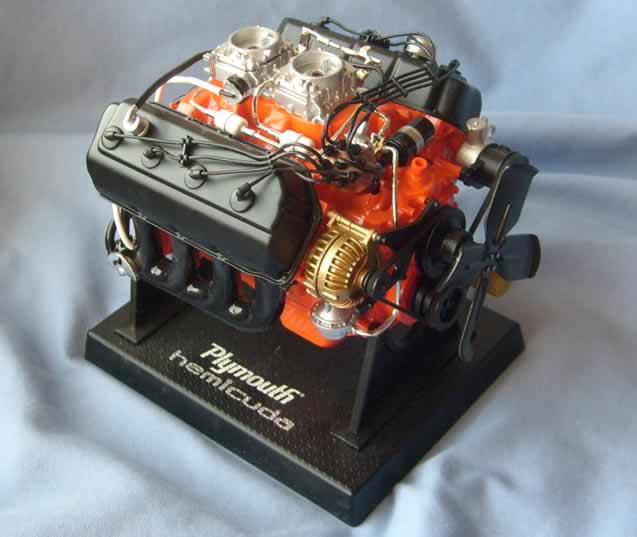 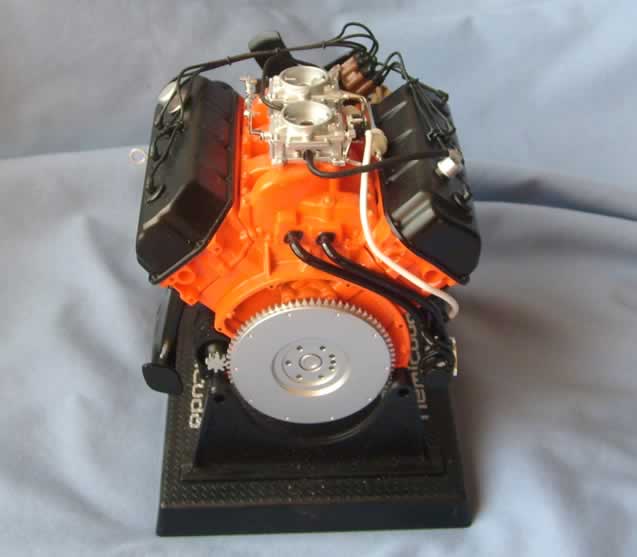 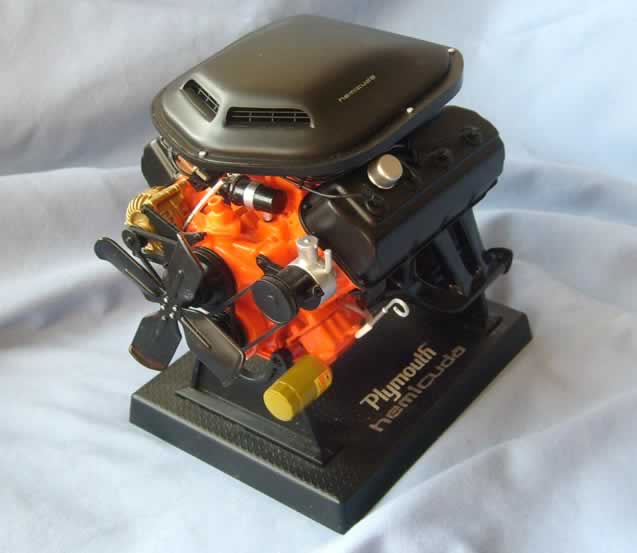 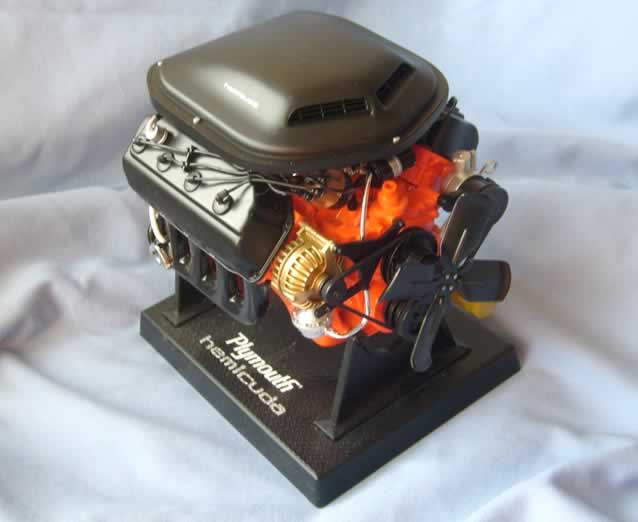 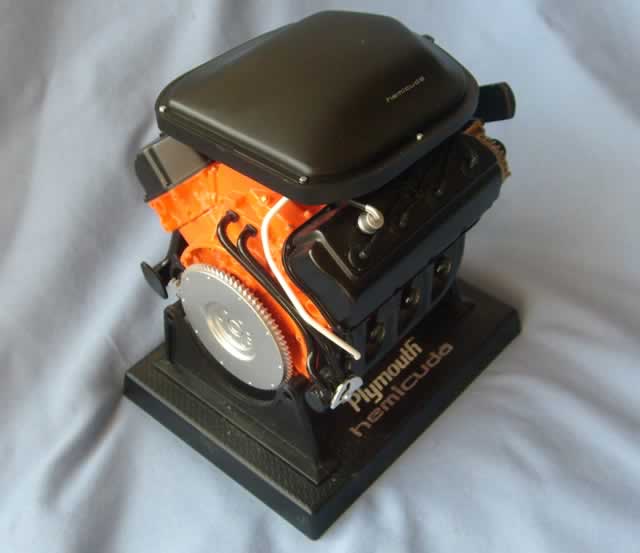 Nice looking beast Brad, what a great model. it is something different. I like it. Some others would look great and make a really nice collection. I think you are right about the washes but the only area i would apply some washes would be the on the orange parts since the detail is not too visible in these areas.
slingshot392

Thanks. The orange on the engine is a pretty high gloss and is really washed out in the photos, I tried all different settings on my camera, but that was the best I got, the detail stands out a lot better in person. The areas are large enough, I just wasn't sure how to put on the wash so it didn't just end up looking like dirty water dried on the engine because the areas are so large and you also want it to maintain the high gloss? I've seen some washes on some 1/8 engines and it just didn't look right. I thought of doing some layers with some very thinned out acrylic, but then I was also stuck with not wanting to get rid of the high gloss orange.
Sponsored content