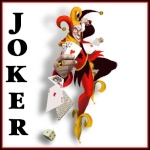 You are welcome, all of you!! Thank you.

Pity you live far away from us

Oh, Yes... My heart was broken, by the time air malta's plane was taking off!!!
Alex Kontiveis

I owe U the final chapters of that story.

I can show you some of the process behind the scenes ... In case you decide to make something from absolutely nothing; everything must start from a base to work on.
So, everything starts with the "bricks" . Balsa wood, fillers, the always required Milliput, plans, 100ria sandpaper, and sanding, sanding, and again sanding! Endless scrubbing, corrections, modifications, endless, endless ... resets....
The wing of the Whitley is characterized by a "dihedral breaking" in the middle of its surface. Therefore had to be formed by 2 parts ... The main part where the engine nacelles will placed on and the secondary part of the exterior wing .
We started by making the basic brick. Additions and some miliput, filler, putty, for the wingtips we built the wings ...

Going further, we have started making the nacelles and undercarriage gondola. Lots of plastic sheet, stripes, and putty, and some parts of Sanger’s nacelles Vacuum, we made the accurate shape of engine’s gondola.

Taking a piece of Balsa wood, we gave the final shape of the nacelle according to the correct dimensions. Miliput was applied on and formed the body.. Much work to do while waiting to dry. Pantograph and Dremmel tools will make the curves and shapes...

To tell you the truth I was a little bored in making a second copy. I intend to present the other engine compartment and undercarriage totally stripped.
After scrubbing the boat and Priming, the gondola was perfectly curved in its correct shape.

After allowing 2 days and nights of the brick (balsa wood dressed with miliput) to dry quite well, I used Dremmel tools again to start giving the shape. Lots of sanding!!!!

No time to waist, We glued it on the undercarriage gondola, in order to make all the final touches by working on a compact piece.

We let it dry and we have started making the ailerons. 2 pieces of plastic only… sanded and formed to fit on the wings.

Next step the final result.
So, after reinforcing by workbench with this "baby", and after burning 3 of my the fingertips of my right hand ... the dressmaker began to wear the costume.

Here I will say that I used to work with a stove and a lighter, but never had to "melt" the aluminum sheet in such curves ... The bad point was that everything on my piece was curved. I confess that I haven’t found the "easy and safe" solution yet...
At this point; there was no need to wrap the nacelle with aluminum. The whole piece was perfectly built. I could make a resin copy.
Anyway, this is the final result.

Here we can see the beginning (Zero point) and the End. How a simple trimmed piece of balsa, with the appropriate work, can be transformed to a something good.

The starboard engine nacelle is attached on the new correct wing. Primered and sanded and checked for any defects. On the port wing, I will not place a combact engine nacelle like the one on the starboard wing. I will show all undercariage and power plat totally stripped.

I made the flaps and their details. Not an easy job folks…as far as you can see.

I joined the new scratbuild wings on the fuselage and the model is waiting for its primers.

Next step concerns the undercarriage system and wheels. Unfortunately Sanger, provides a bad copy of them, not accurate. I had to build a new set from brass tubes and plastic card.

Whitley’s wheels were a serious problem. I hardly managed to find smooth resin tyres with correct dimensions. I finally did. I bought Griffon’s Smooth tyres for Wellington in 1/48 (the last available piece in stock). Then I made the rims with brass and steel rings, in purpose to achieve a nice simulation of the real ones according to my data.

I was ready to proceed with the making of the engine. However, I realized that something went wrong ... I decided to create a Jig, so I can adjust the final weighing of construction, undercarriage, wheel wells, and engine. Then... a tragic mistake appeared front of me.

Although during the construction progress all my measurements concerning the undercarriage on the wings were correct ... when I fitted both wings on the fuselage and checked the final positions (again)... I noticed that the undercarriage mounting had a deviation of 2.5 mm from the correct position. And not only that ... I fell victim to the plans and should have built the wing’s beam 7 mm towards to the rear.
Not a second thought ...

Pictures speak by themselves!! I re-built the wing’s section, this time according to the correct plans.

Next follows the wheel well’s structure, firewall, and engine beam, Made by using metal tubes, evergreen strips, and brass sheet. The Oil tank was made by Balsa wood. The compartment adjusted exactly on the new wing beam. The Jig helps a lot and I achieved the correct balanced for both of the engines. It looks easy but its NOT. I spent many hours to calculate the correct angles in purpose to achieve the accurate positions.

One more step will follow soon, concerning the merlin. Then painting job is about to begin.

Here you can see the corrected wing, and undercarriage structure and mounting.

Next follows the power plant's structure, where I’ m going to attach the engine body and all the other components…

What a genius you are Alex. And you say that my modeling is good!! That is a joke, i can never do what you do in your models. Looking forward to seeing the completed model. Well done, absolutely marvelous. Are you still covering your work with aluminium sheeting?
skyhigh

bcauchi wrote:What a genius you are Alex. And you say that my modeling is good!!  That is a joke, i can never do what you do in your models.  Looking forward to seeing the completed model.  Well done, absolutely marvelous.  Are you still covering your work with aluminium sheeting?

You simply amaze... Alex what Modeling...

First of all thank you for your kind comments but I think you exaggerate a bit.

Anyway, Here R the final pics, of this endless story. It wasn't an easy model for me. Actually i'm not going to work on a Vac model again. Lots of problems. I tried for the best. 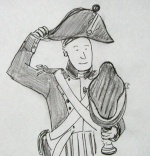 Wow Alex, what a beauty. It is screaming out to have a figure or two near it. Brilliant paintwork.
Ray

With ALL honesty, you put us ALL in the Stamp Collection Department

The fact is that I'm not going to dare something similar ever again... Painful experience!!!

Brian...I'm not good in painting figures. I'm afraid that all my efforts on that part, look like a Circus Clown!!! 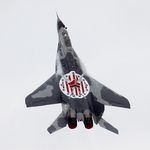 excellent model! I'm glad that I could get to know him before.
Best regards from Poland Alex.
Guest

Wow, now that is some piece of work!! Excellent masterpiece Alex!!
Sponsored content