Verlinden has produced this nice little diorama base in 1/72 scale meant for a tank. It has the ruins of a building that the tank will sit under as can be seen in their box art. 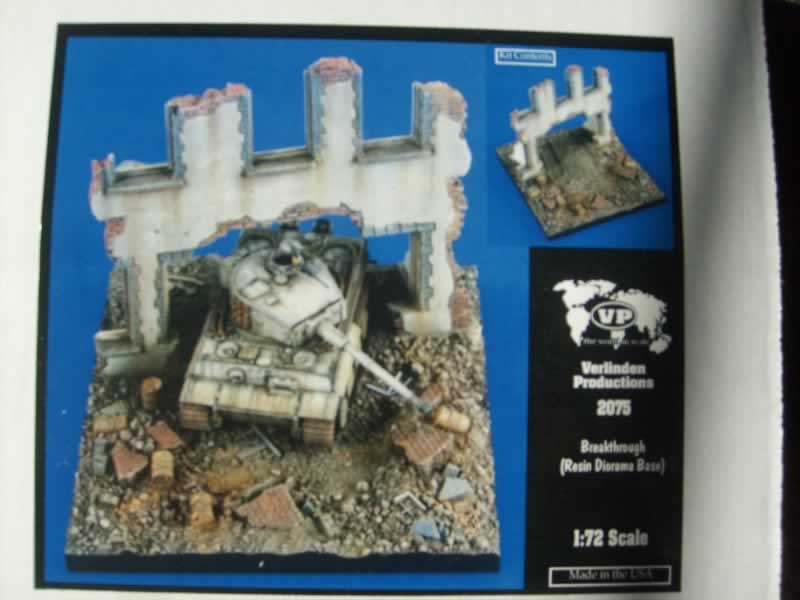 The walls have nice detail on the front showing the stucco coating along with the stonework and areas of bricks where the stucco has been knocked off. There is no detail on the backs of the walls, so this diorama is only meant to be seen from the one side. Detailed painting will really make the areas of the walls come to life, one thing that would really help the look of the walls is to replicate damage caused by rifle/machine gunfire, that is kind of lacking for a building that has seen this much battle damage.

The base is a painter's dream and measures 5 1/4 by a 5 3/4". Tank tracks are molded into the base, it's a nice touch, but that also means your tank would only be sitting in that one direction. There are a number of finely detailed broken window frames scattered among the rubble, some small boxes, a couple small and a couple larger wooden crates, a number of barrels, as well as parts of brick walls as well as individual bricks and other bits of rubble. The barrels looked to be into good condition to have gone through that much battle damage, that shouldn't be too hard to put some dents in with a file. The wooden crates also look in really good condition, also shouldn't be hard to put in a little damage with a file and/or knife. There is also a fine coating of what looks to be a heavy dust over a lot of the base, it really conveys the feeling of a heavy battle. 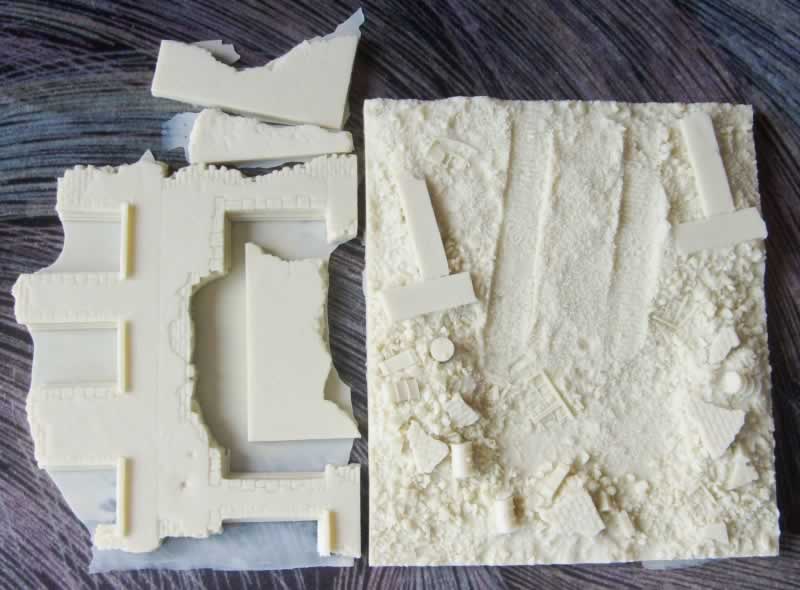 The resin is a light tan and relatively firm. There is very little flash, most of it is pretty fine and comes off easily with a knife. Some of it around some of the window openings is slightly thicker, that will take either a little scribing with the back of a knife blade or a fine saw. I didn't test fit the walls to the base yet, there are flat areas where the walls go, if it isn't a tight fit, it would take very little work with a sanding stick to make it that way.

This little diorama is nice and detailed enough that it would look good on its own or with some figures possibly stationed behind the walls giving covering fire to some figures on the run. It was designed for a tank and I believe that is where it would look best and have the most dramatic impact. I am very happy with the purchase and believe it was definitely worth the money.
Current date/time is Tue Mar 31, 2020 4:54 am