Hawker Sea Fury is next to F4U and P-51 a piston engine workhorse of the Korean War. Sea Fury came into action on Sept. 29, 1950, serving in 807 Squadron FAA which was operating from HMS Theseus. Throughout the war, Fury operated from three British aircraft carriers (HMS Theseus, HMS Glory and HMS Ocean) and one Australian (HMAS Sydney) of seven in total.

During the war 18 Sea Fury were lost. Out of this number, four were claimed by pilots of Chinese 9th Aviation Division: they shot down two Sea Furys on the 27th of July and two on August 10th, 1952 - of course there is no confirmation on the opponent losses list. According to official data, the Sea Fury pilots fared well against the Communist's jets to afford a 1-2 kill ratio and the same in damaged. Officially, the only MiG-15 shoot down by a British propeller plane was obtained by Commander Peter 'Hoagy' Carmichael ...

But if that was the truth, then? A slightly different view is another participant in the fight carried out by four Sea Furys with eight MiG-15s on August 9th, 1952 - Sub-Lieutenant Brian "Schmoo" Ellis, details you can found here.

Photo of the "Fury" winners' flight taken after the fight 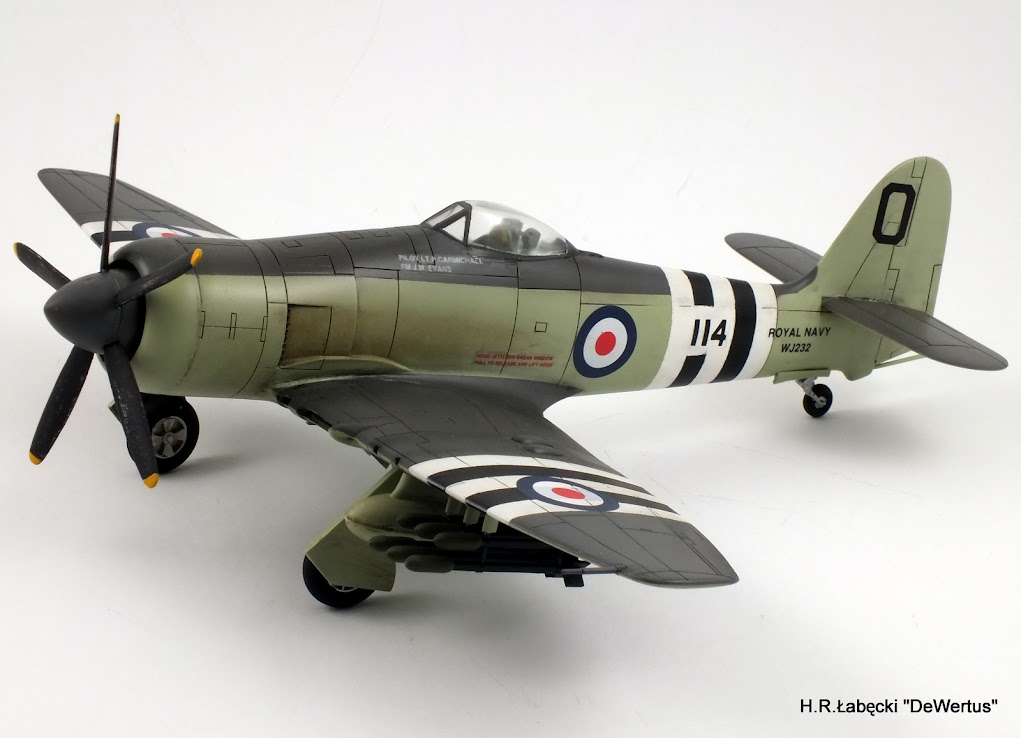 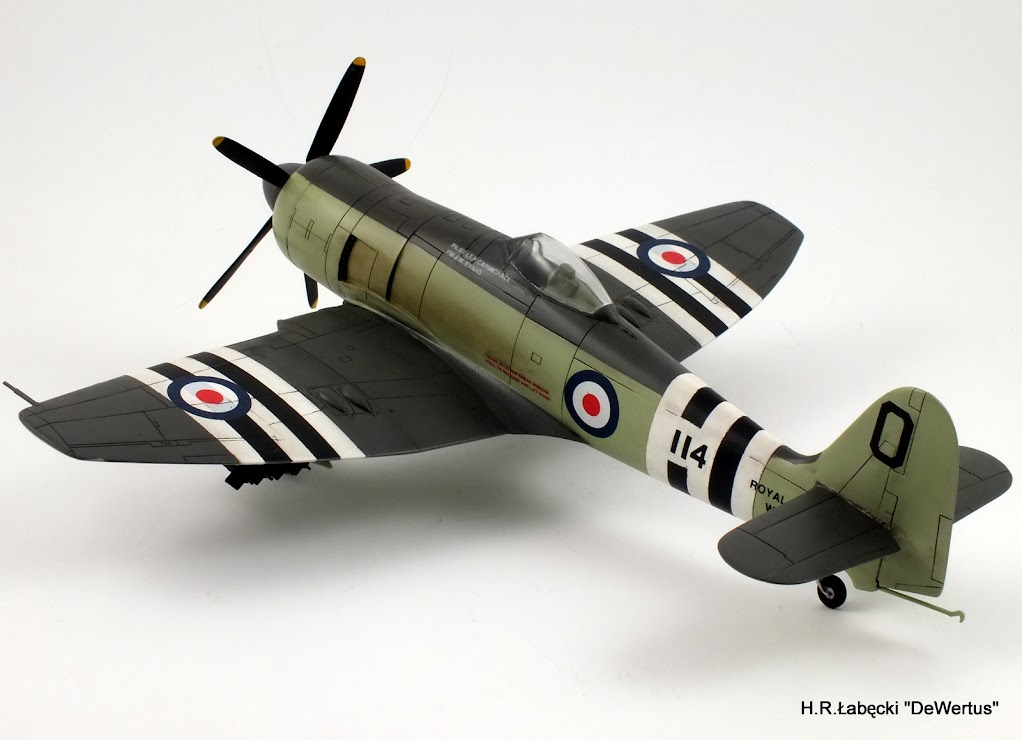 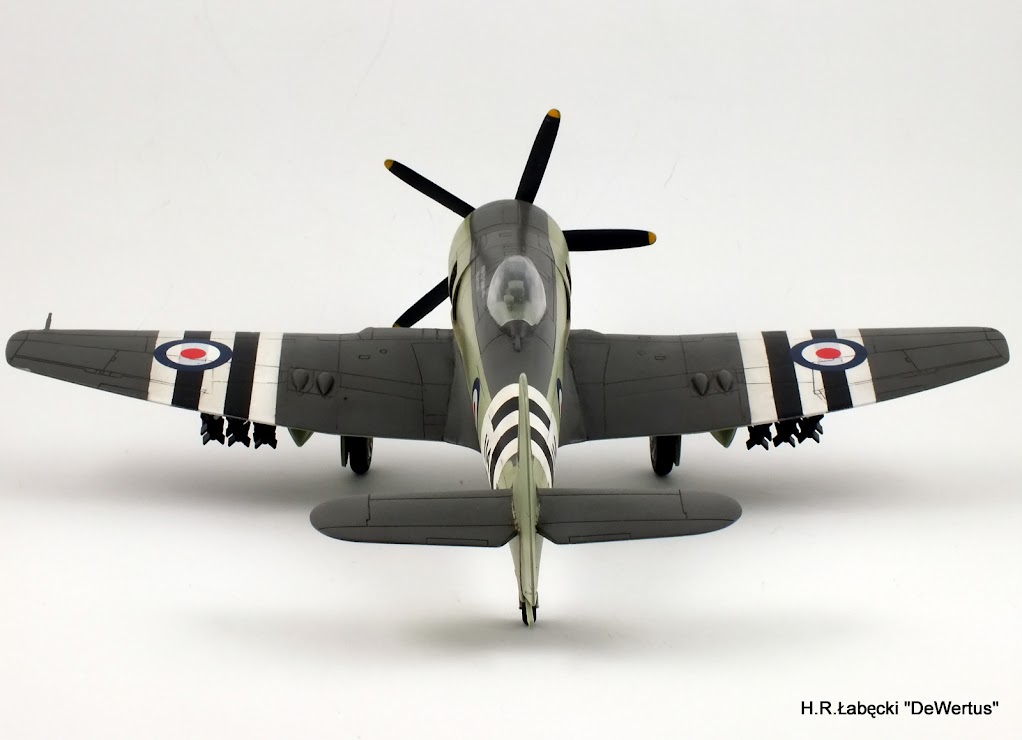 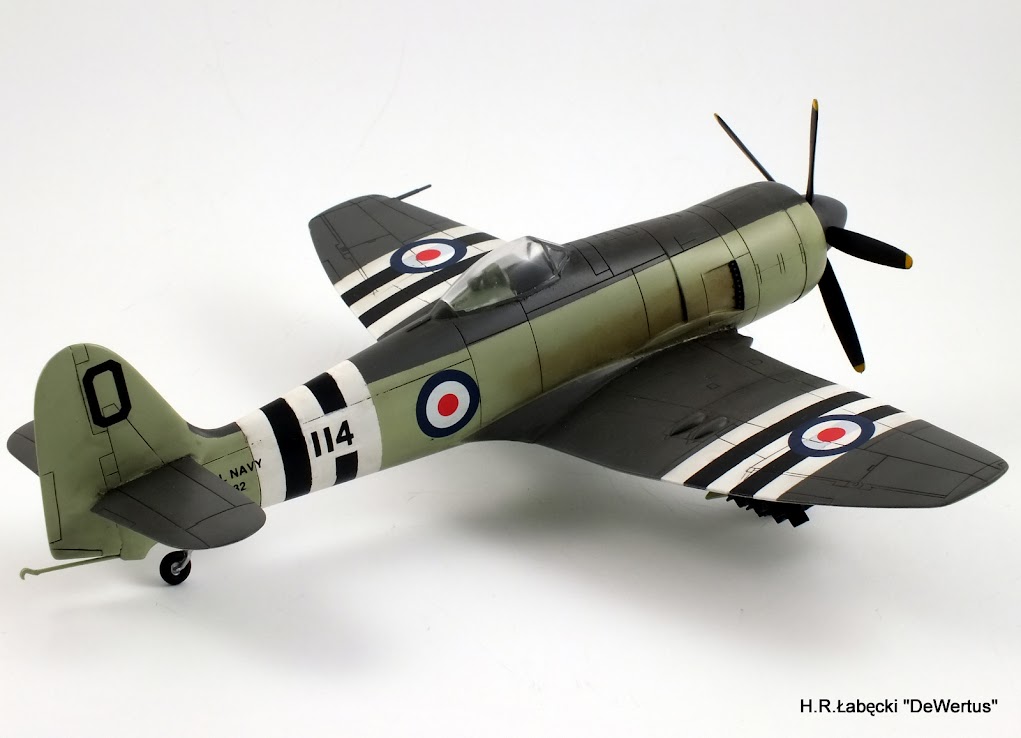 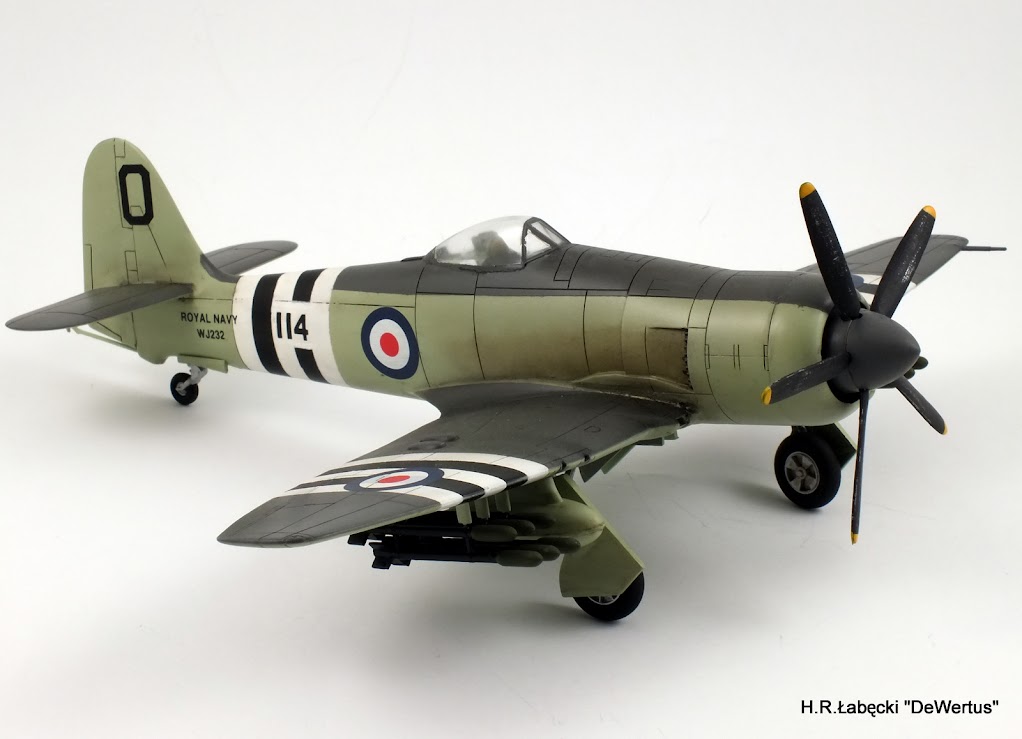 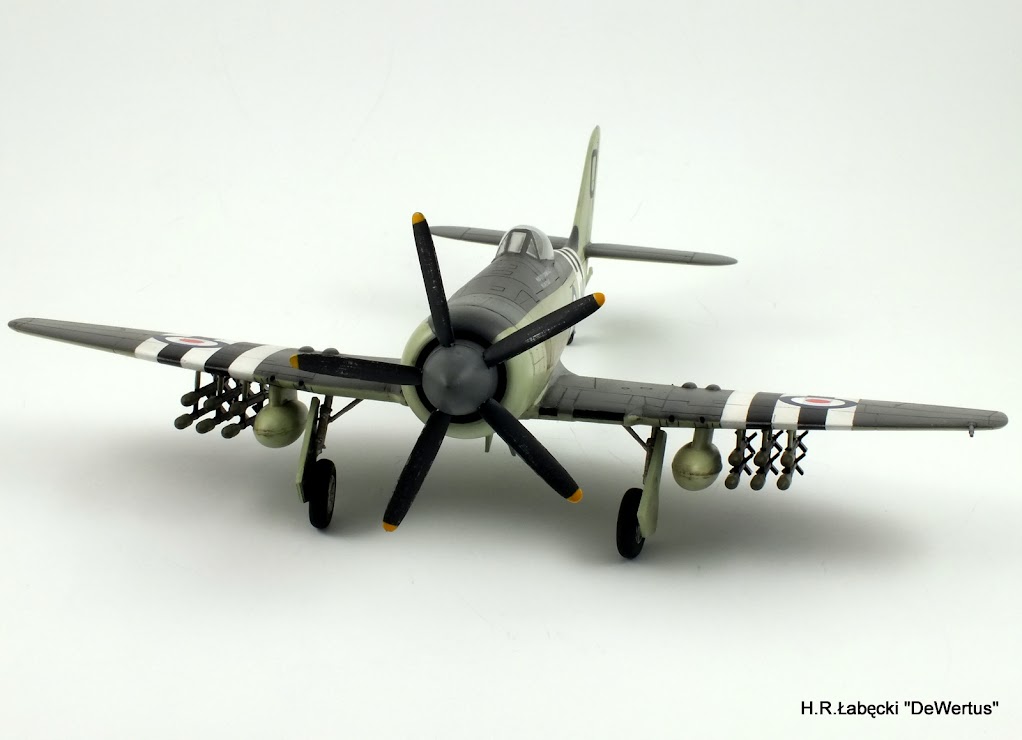 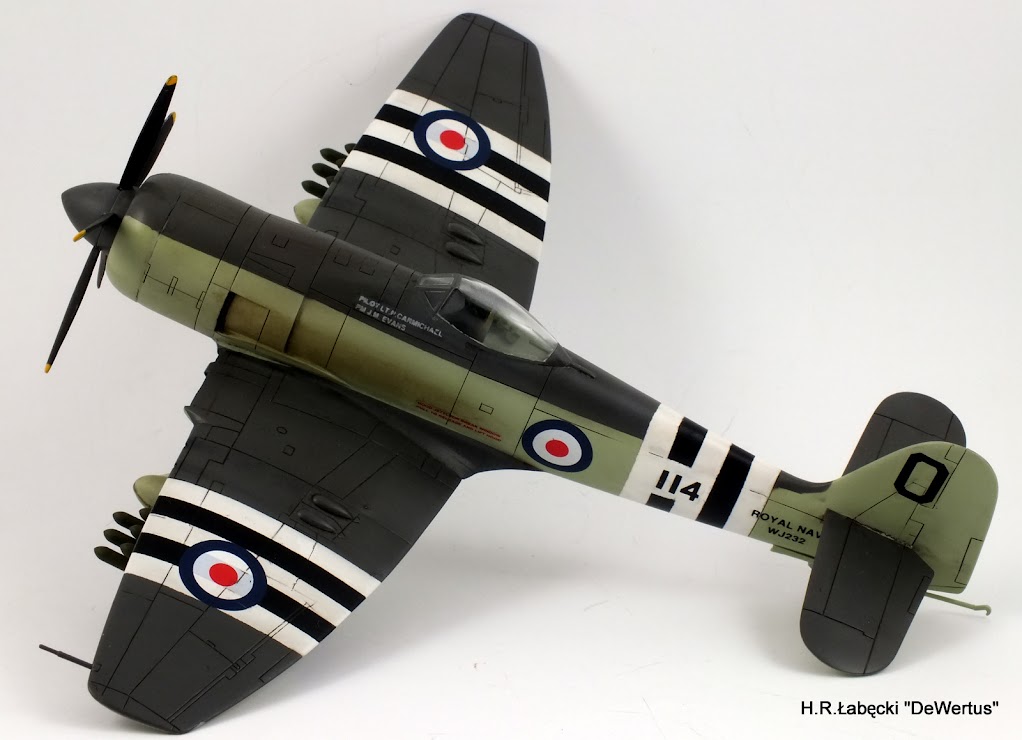 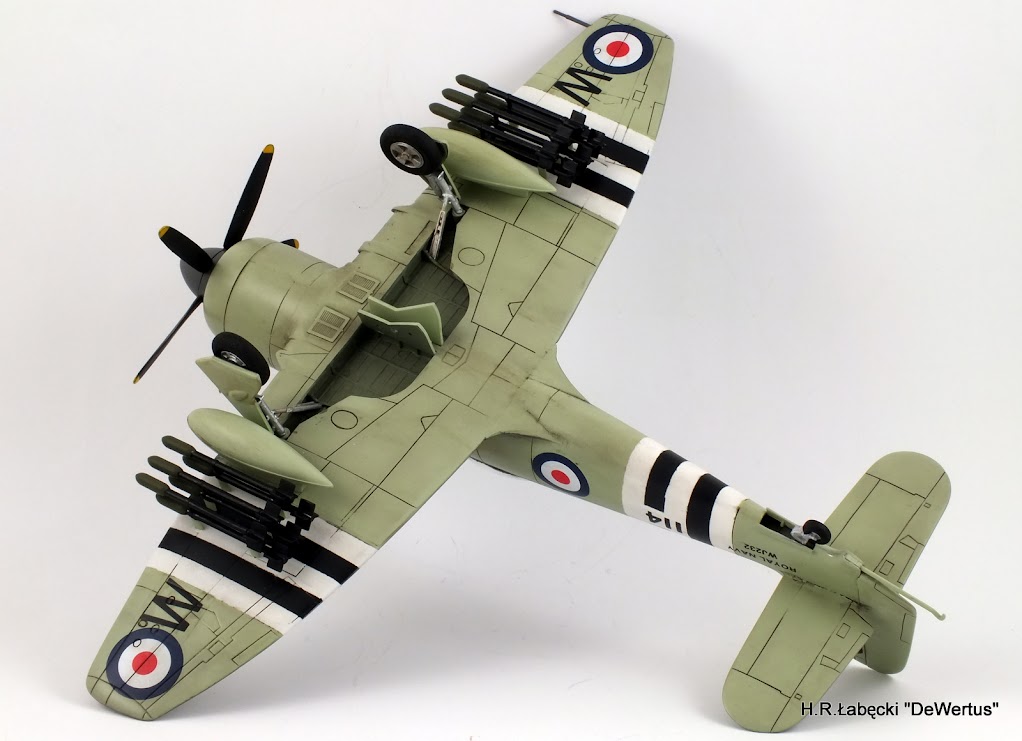 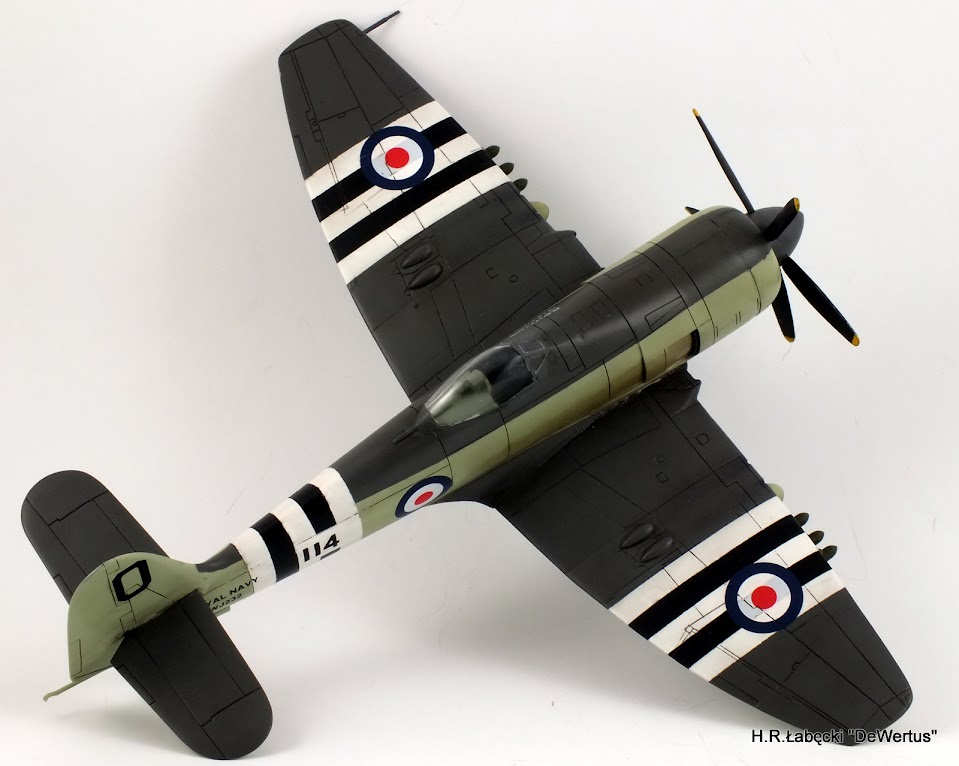 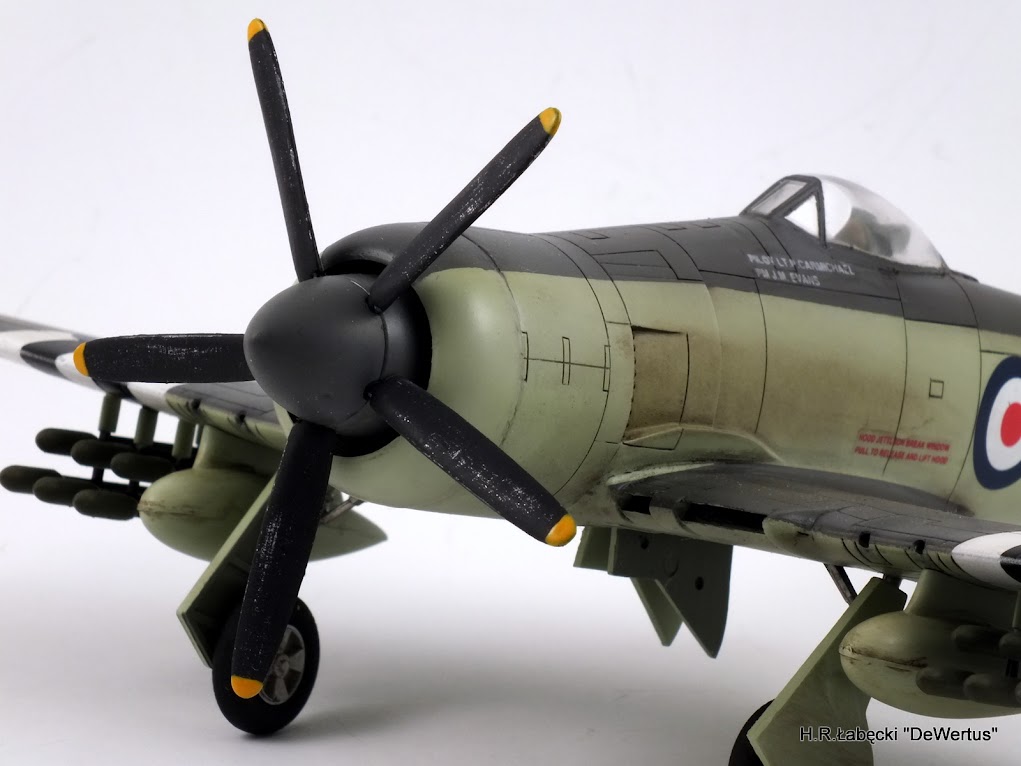 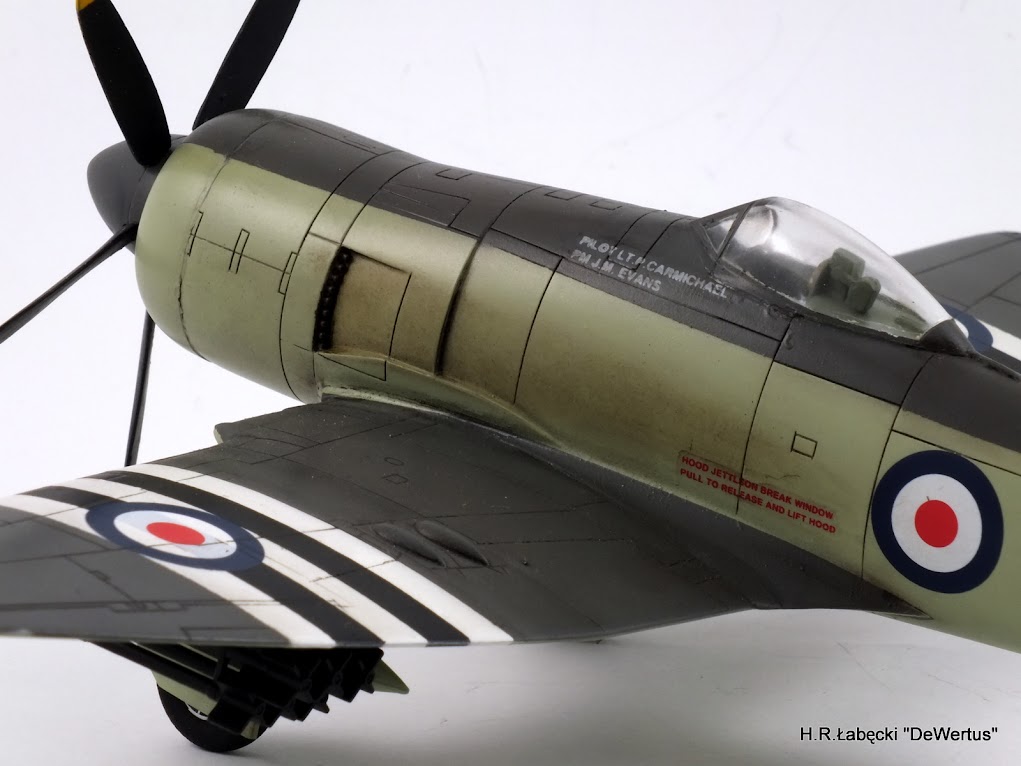 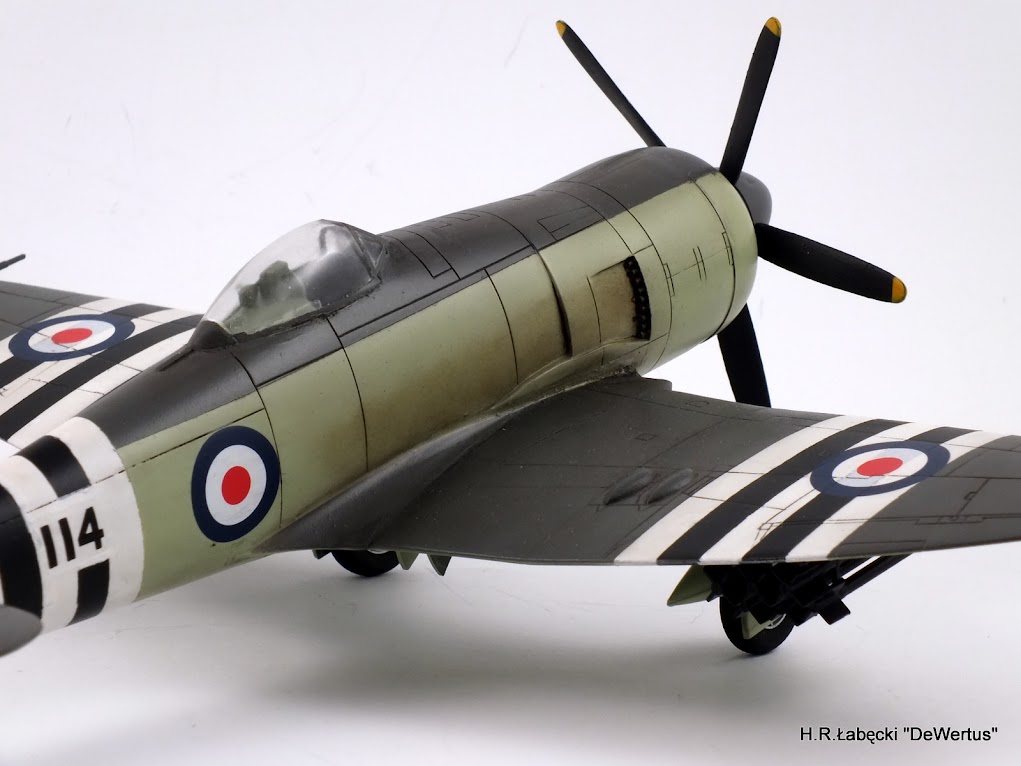 Awesome, well done, what a beautiful rendition of a nice plane with a nice scheme, great!!
in nannu pec