This article was first published on the old and defunct Historical Modeller's forum..........here it is again

There are pics at the BOTTOM

The subject of this article is a left handed 120mm left handed Highland King which got me moving when I read Phil Kessling’s article in Military Modelling magazine of July 1995. The kit that I had was manufactured by David J Parkins and what a beautiful kit it was!! A one-piece resin casting, with both arms and shield separately cast in resin and sword, scabbard and nose guard separately cast in white metal. To my knowledge, Actramac Diffusion of France was producing/selling this fantastic kit, recently.

As I also wanted to represent the King as a right-handed swordsman making a dramatic last stand, some surgery was required. Whilst the left arm was used as supplied, as the angle of the shield would match that of the sword, the right arm had to be lowered further down, bearing in mind the weight of the actual sword. The left hand, gripping the sword’s hilt, was used to grip the shield after the right hand was removed with a scalpel blade. The right arm was sawed off from the elbow and a length of wire was inserted in the upper arm corresponding with the lower arm. This part was fleshed up with milliput and the padding of the hauberk was simulated with a toothpick. I did not shorten the sword, as Phil did, believing, that the size of the sword highlighted the King’s own strength and power! I did shorten the hilt to a one hand and a half grip however and used a new right hand from Verlinden’s assorted hands packet, which was holding a Luger. Both the shield and the sword blade were separately painted and glued in place, when all was ready. All colours used are Winsor & Newton oil colours unless stated otherwise.

Contrary to the normal, I didn’t start from the face, as the plan I had for painting the cloak required masking of the face and since I didn’t have an “oven” to cure the oils, I dreaded masking the face with the fear of pulling or smearing the oil paint!
I sprayed the entire cloak with a humbrol medium gray. Now the real fun began! With Tamiya’s 6mm masking tape I masked the cloak at intervals, vertically and horizontally where the wide dark gray stripes would be on the finished cloak, and this process left me with exposed squares, which I sprayed with humbrol 60 scarlet. So when I pulled off the masking tape, I ended up with the tartan pattern printed on the cloak! But it was far from ready.

So after these grey stripes dried up, I could move on to the red squares. I did not make a base mix, but made up two mixes of a shade and a highlight. I will call these two mixes as shade #1 and highlight #2. I applied these two mixes next to each other on the (printed) red squares and blended the edges to create the #3 shadow. But that was the only wet-in-wet blending on the red. When dry, I applied highlight #2 and shadow #2 on the dry highlight #1 and dry shadow #1 respectively. For extreme highlights I used Naples Yellow. For the deepest shadows I used Mars Black.

The mixes I used for the red squares were:
Shade #1 Cadmium Red Deep + Mars Violet + Brown Madder + Purple Madder.
Highlight #1 Bright Red + Cadmium Red Deep.
Shade #2 shade #1 Brown Madder + Purple Madder.
Highlight #2 Cadmium Scarlet.
Next came the thin Yellow and Blue stripes and these were diluted a little so that the underneath colours would show through. For the yellow stripes I used Yellow Ochre + Cadmium Yellow Deep and to emphasize the intersecting part I added more Cadmium Yellow.
For the Blue stripes I used Cobalt Blue + Raw Umber + Titanium White, and for the intersecting part I added more Cobalt Blue.
When all was dry I sprayed on humbroll matt varnish; be very careful with the humbroll matt, as too much of it and you’ll cover everything under a yellowish almost opaque film! Also this mixture requires a high dilution rate with cellulose thinner like a 20 varnish and 80 thinner, but once applied properly and carefully, very light sprays and MOVE your airbrush; it gives a dead matt finish; the finish I was after, in order to matt the cloak’s material and also to unify the colours. I was quite happy with the result and although the cloak is not depicted in a heavy woolen texture like Phil’s (I’m not as good as he is) it is enough to be recognized as cloth!

With the biggest headache cured, I moved on to paint the face, which I found out became extremely difficult as I could not hold or place my painting hand on the cloak, however I managed somehow!

The beard was painted in a yellow acrylic undercoat. Mars Brown+Mars Yellow+Brown Madder was applied and excess removed with a dry brush. Highlight was; Base+Mars Orange+Mars Yellow and Titanium White was used for certain ageing areas.

The helmet was painted in acrylic chain metal, by lifecolor, which is very good, as it has no grain. Shadows were painted with lamp black. The same procedure was used on the shield metal parts. These were highlighted with silver printer’s ink.

The back of the shield was painted in a brown acrylic colour. A grain pattern was painted from Mars Black+Mars Yellow+Titanium White. This was then gently blended with a large dry brush. When it was dry I applied a wash of Winsor&Newton Canary Yellow drawing ink to get a warm golden oak tint. The front was painted to depict red and white painted wood.

The mail was base coated with a black acrylic and dry brushed with silver printer’s ink+Mars Black. Silver printer’s ink was used to pick out the highlights and when dry, washes of Burnt Umber+Burnt Sienna were used to depict rust in armpits and other areas. Shadows were emphasized with Mars Black.

The sword was buffed and polished, and Ivory Black was used for the shadows. All gold metal parts on sword, helmet and buckles were painted with gold printers ink and shadows with Burnt Umber. The rest of the King was painted as follows;

Finally after about 200 hrs, the King was ready for the Highlands’ snowy terrain, which I created from pieces of cork bark glued together on a beautiful mahogany base, kindly supplied by Marco Portelli, a friend, and one of my club members. Vegetation was made from dried flowers and synthetic shrubs. Hair spray was evenly applied all over the terrain, and when still wet, micro balloons were sprinkled on, through a small tea strainer. Once dry the whole scene was sealed off with another coating of hair spray, which helps to achieve that wet look and, “freshly fallen” snow. Nameplate was supplied with the kit.
I was more then satisfied when the King was a Class Winner at the 1998 IPMS Nationals in Telford UK, a Bronze Medal Winner at Euro Militaire 1999 in Folkstone, and a Silver Medal Winner at the Athens Expo 2000, held by the Star Figure Modelling Club of Athens.

I hope that you have enjoyed reading this article as much as I have enjoyed writing it, and hopefully you will find something useful, from the mixes and techniques. 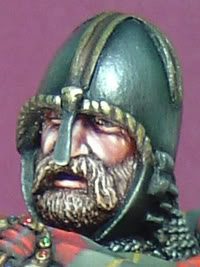 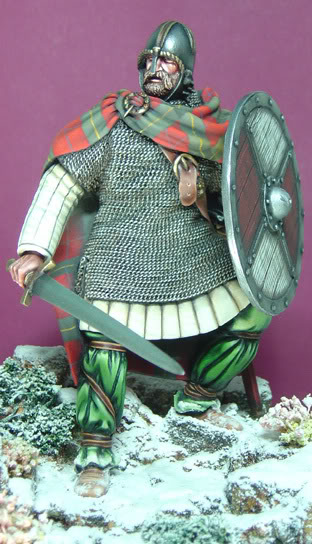 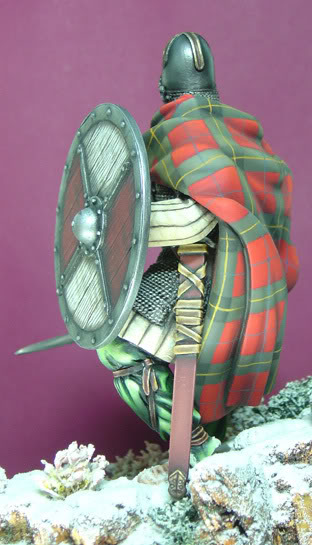 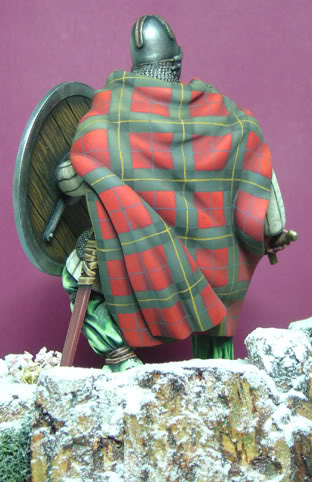 matty
see hes not just posting for the bronze. btw how many model posts have you put in
Dottore

I posted all the models I made...I know its not much...but I'm still young...I can catch up! Yeah!

A classic masterpiece by Ray ... will remain an alltime favorite and has withstood the time!

Thanks to everyone for looking and your overly praise

I hate to know you prefer this to the famous 'Pirjol'

Dottore wrote:I hate to know you prefer this to the famous 'Pirjol'

Thanks Joseph, much appreciated