It has been ages that i tackled a panzer and forgot how complex Germans might be ... by the way and this is a very simple designed Jagdpanzer!

So here it is my current project that is taking ages to finish, first as I was insane enough to go for the over engineered Aber PE, every hinge works and though mm large is done with more then 7 pieces each ... germans eh!

But this project is the first of a series of insurgents vehicles. Hetzers were Czech built tanks in the Skoda factory and when the allies were closing in during 1945, the insurgents and partisans started uprising against their former oppressor. It is recorded that apart some capturing equipment and vehicles 3 half built hetzers were looted from the Skoda factory and put to good use against the Waffen SS. Non of this hetzers had guns, so the insurgents created makeshift conversions on teh spot to use the vehicles as mobile MG nests.

So till date the project started of from a DML early Hetzer, which was converted to a late period one, infact the idler is an SKP resin item that is from the late production models. The tracks are Model Kasten Late production model ... a complete nightmare to clean and fit and also updating the idlers to the MK width. But finally the major construction is over and 85% of the PE is done ...

Not planned for Catania but more for our HIS2010 ... as yet after the construction, can't rush the paint job as this is a particular model ... more to come soon! 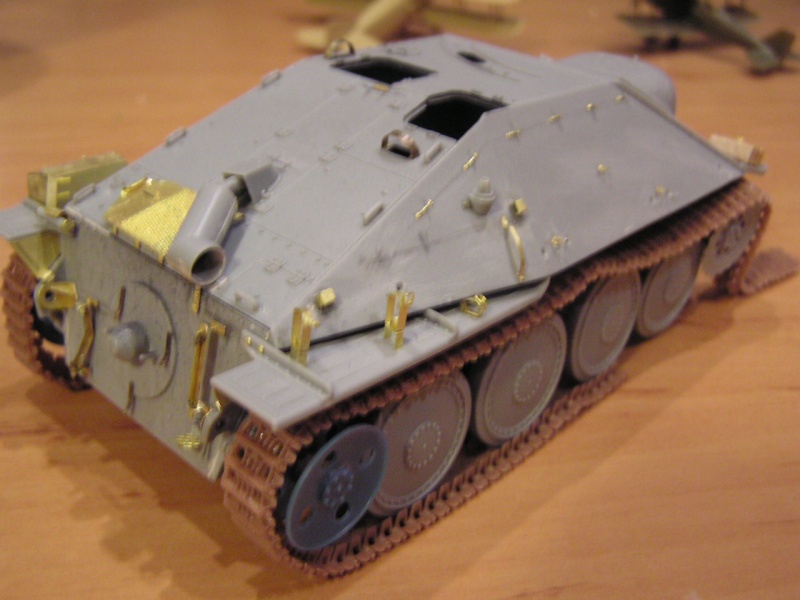 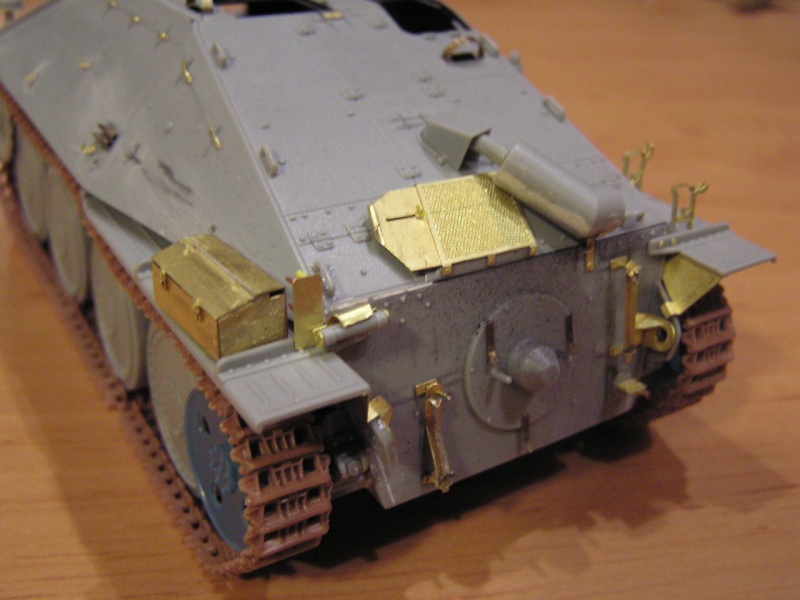 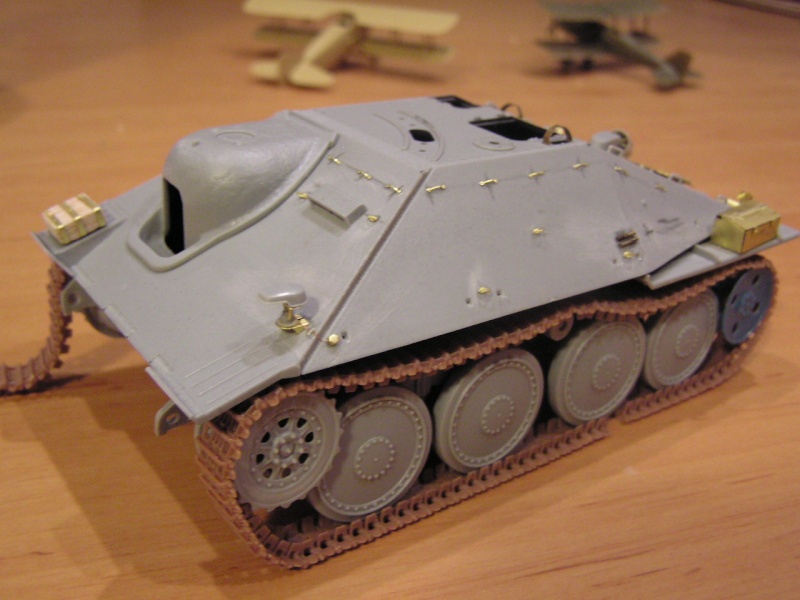 plenty of p.e. to keep you busy. is this going to be the check version with slogans painted all over?
dont keep us waiting long for more.

Yep Alex, this gonna be a Czech version, still with primer and pimped with the Czech Flags, slogans and MG42s ... I was tempted for the new brass MG42s by Adler but very expensive these are ... will try to sort an alternative ...

Still some more PE and detailing before I head for the painting challenge ... by the way most were fixed with gator glue!

Look at this detail for the K59 MG42 offering, I think I am on for it, available from AFV magazine shop ... impressive eh for just a couple of cm MG ...

i have been notified by this item over ML forum ...

iCocker wrote:Yep Alex, this gonna be a Czech version, still with primer and pimped with the Czech Flags, slogans and MG42s ... I was tempted for the new brass MG42s by Adler but very expensive these are ... will try to sort an alternative ...

Still some more PE and detailing before I head for the painting challenge ... by the way most were fixed with gator glue!

ivan why not use collctors brass mgs if you want i can give you a reliable supplier. have to go and do some more scratches on my amd now, doing it in pases sonot to overdo it and ruin the paintwork
skyhigh

Lovely Beast Ivan.........envying you for the Gator Glue

Ezatt Alex........but since you missed last Wed, and for those who are not yet aware of the FACT.......I started a thread in the Modelling News

Prosit ivan. This is looking really nice. Longing to see your magnificent paintwork on it. that link to the mg is really awesome, the detail in that scale is incredible.
iCocker

I was insane enough to order two, we'll see when these arrive as UK are on strike.

Now when they arrive I have to challenge Dottore and see if I manage to make them in less then 16hrs as that was his timeframe to make a .50MG

Nice work Ivan, another original idea. Will follow this one with interest.