This has been an ongoing project which started off to be just a simple paintjob but in the meantime ended up a complex tiring one, still it looks simple and minimal.

Hetzers were very effective tankhunters, built by Skoda on the 38t chassis. This Hetzer represent a halfbuilt model pulled up by the Czech insurgents during the final days of 1945. By that time the Reich had fallen, Czechoslovacia was surrounded from one side the US armies from the other the Soviets. People took up arms to end it all and this is one of the heroes, converted as a moving MG pillbox. I have to thank the Czech historian Tomas Jakl who has helped me a lot with references.

Till date it has been a great debate these hetzers what colour they had, or no colour at all. It seems that probably they went out in just their primer, but again no one is certain what was the primer as during that period the factories used at least two types ...

So back to the model, thank God took me long playing around this beast, as in the meantime MrJakl provided with some updates and had to correct the already constructed model. I am basing my model on one of the first group of liberated Hetzers that took part in the Prague fighting.

The model is Dragon, Hetzer Late Type. Updates were Aber PE, probably took more to finish up then the model, especially hinges as these are workable, some basic updates and damages, the idler is an SKP resin offering and the fenders were thinned out but kept the plastic ones as are decent enough and tracks had to rely on the only late type workable type, Model Kasten. Some updates the insurgent made as this vehicle was unarmed and without a gun, was they added a wooden cover visionport and also opened up a new viewing window cut on the front under the armoured one of the hetzer. 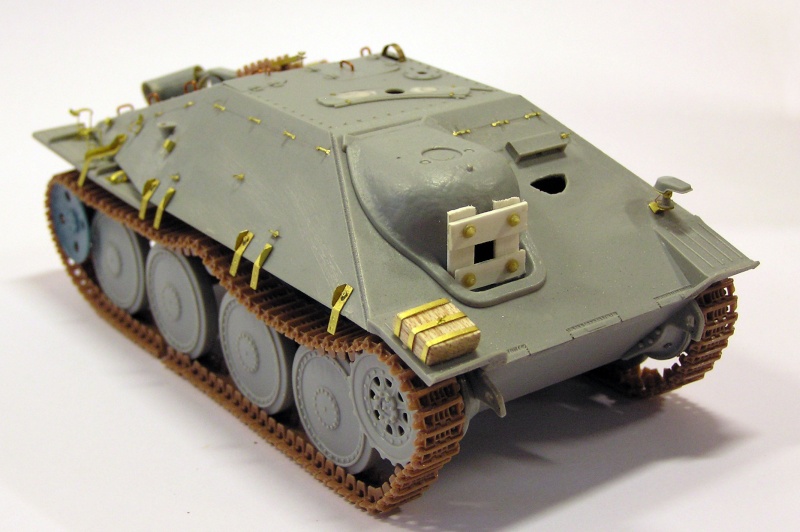 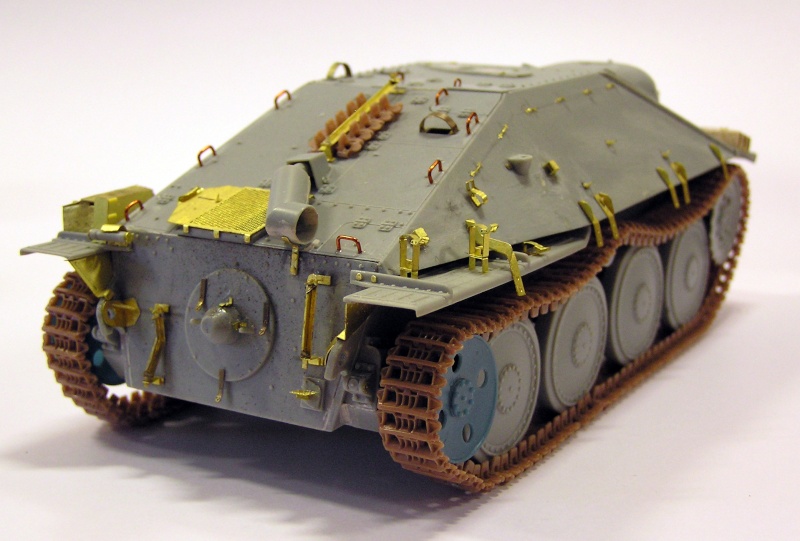 A small addition,this is the best detailed MG42 around and not that makes a big hole in my pocket ... the detail is so fine, it is done by K59. I just painted the barrel and the inside muzzle break before construction to reach all corners with black, this will help painting. 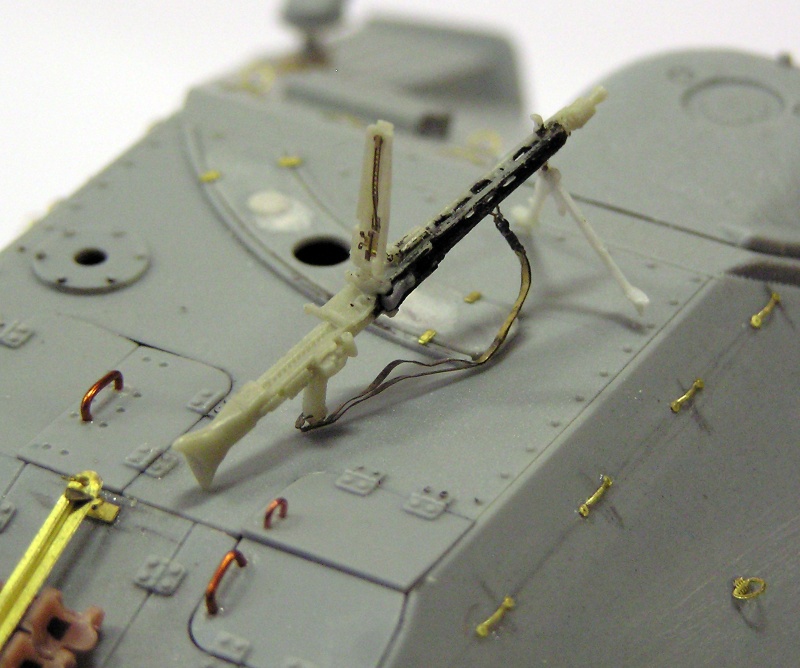 Look forward to this!

You're not far..........I found this: "Spandau" is the deceptive -but prevalent- designation for the German MG 08/15 which is indeed based on the Maxim. Also the MG-42 was called "Spandau" - mostly by the British IIRC.
Ray

You're not far..........I found this: "Spandau" is the deceptive -but prevalent- designation for the German MG 08/15 which is indeed based on the Maxim. Also the MG-42 was called "Spandau" - mostly by the British IIRC.

not bad for an AFV GIDRA

This should be an interesting tank.
bcauchi

Might u need to clean up around the grab handle attachment points...what are u planning a beute tank jew?

Thanks guys, yes I agree this is an interesting vehicle, 'ugly' and unic, the insurgents had a good number of these and the good thing that all are different, lucky that I almost have pictures of this vehicle almost from all sides, the only pity is that all are extremely blurred but can mange to grab most of the detail!

As for the MG, I tried to beat the timeframe from Doc, thought I manage as it had so many parts but as the MG42 is a simple design could not clock more then 2hrs!

Till date it is just an AFV paint job, as need to experiment some new techniques ... might might be an interesting piece for a vignette ...
iCocker

Time to revive this project again, especially as finally some new info come to hand ... have started the painting, again experimenting with overhead modulation effects. This vehicle is intended as a just primed vehicle, captured from the factory and made to good use for the uprising in 1945! Here is the progress, the vehicle is still under a mystery what exactly the base colour for priming was. At the period factories were using both green and the infamous red primer. Welded and add ons were splashed up with a light ochre colour.

To avoid confusion and making this monster more gaudy the insurgents added big czechlovakian flags to avoid being KO. This particular vehicle is based on a particular Hetzer, which was one of the first group to be 'freed'! 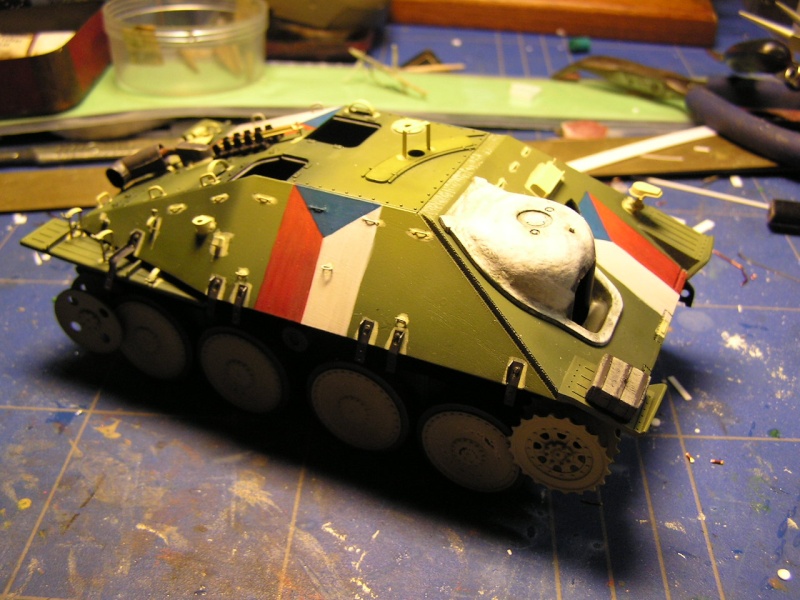 Here are some experiments to create a newly welded metal effects ... not sure if I am on the right track as never done any welding myself! 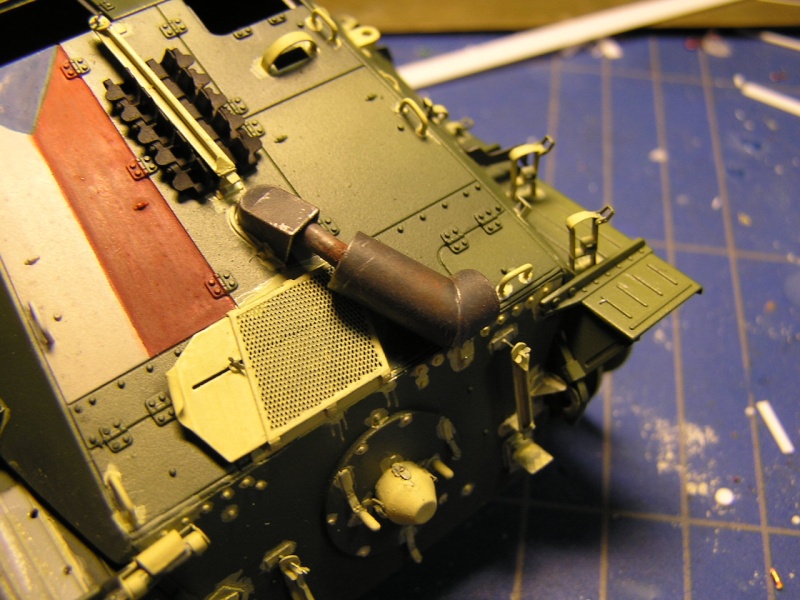 Had some fun experimenting some painting techniques with Lifecolour rust effects and AK effects ... 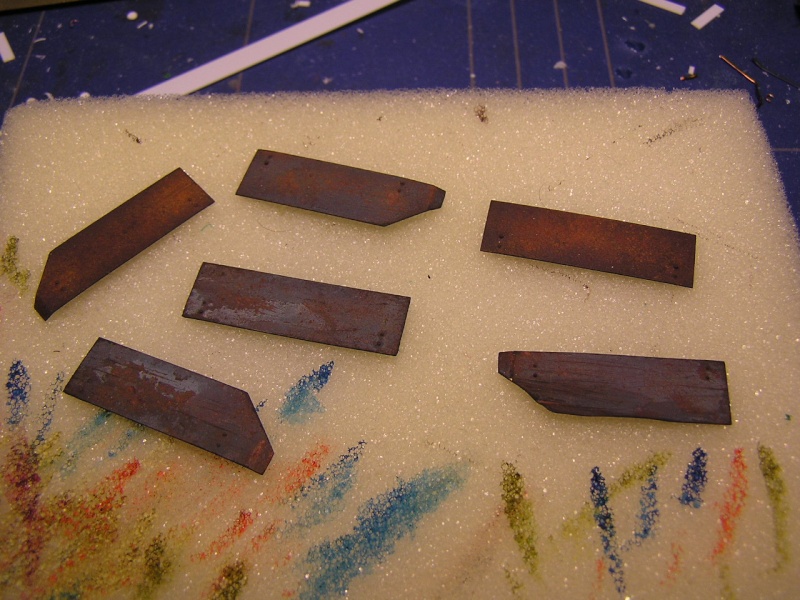 some pics! Looks good mate...can't wait for the weathering!!!!

Nice one Ivan....love the rust effect

Nice work, and rust effect. Those are what I call recognition markings!!!
William

will it be placed in another one of your original dios van?
iCocker

@ Alex, maybe in the future but for the time being let's concentrate on not a very weathered tank ...
Guest

Very interesting and original subjet, I will pay attention for the updates.

Some progress on the insurgents hetzer, practically in the dusting first layer stage ... practicaly with the excellent AK products ... 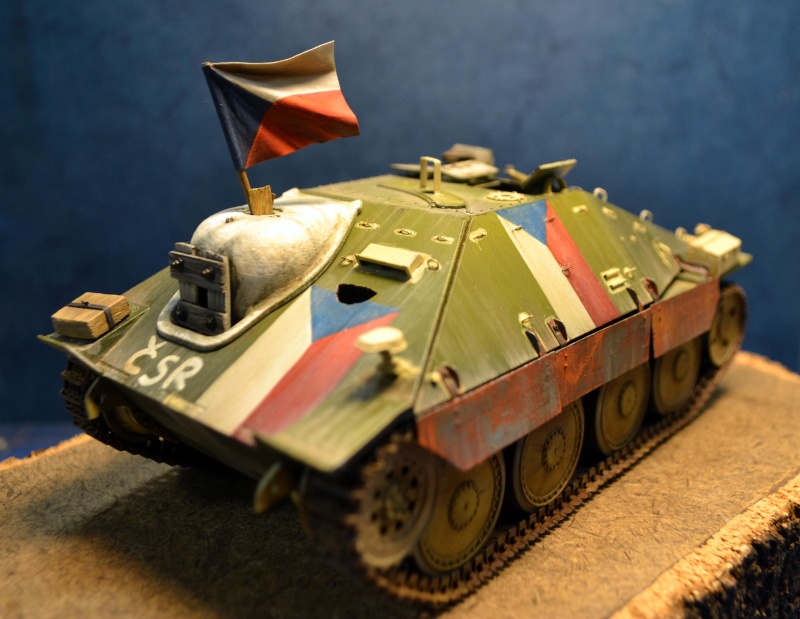 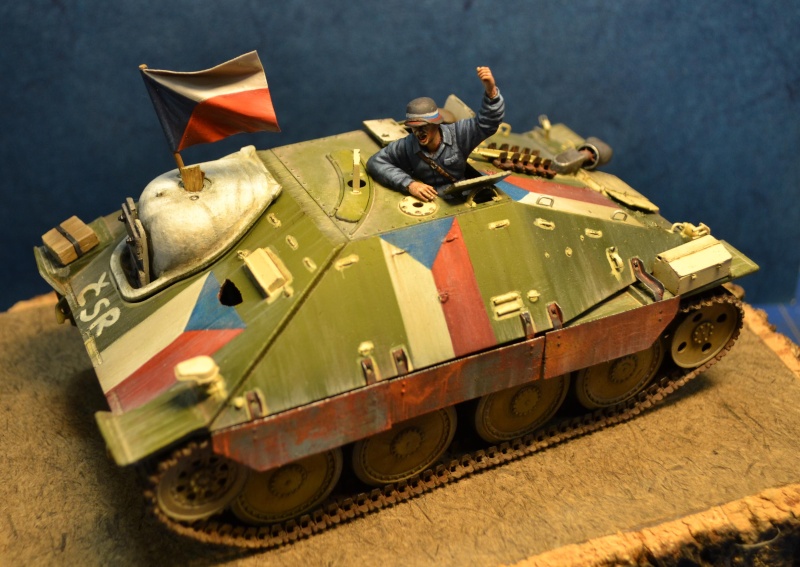 original and up to your usual very high standards
Sponsored content