The Garf Zeppelin and her Aircraft 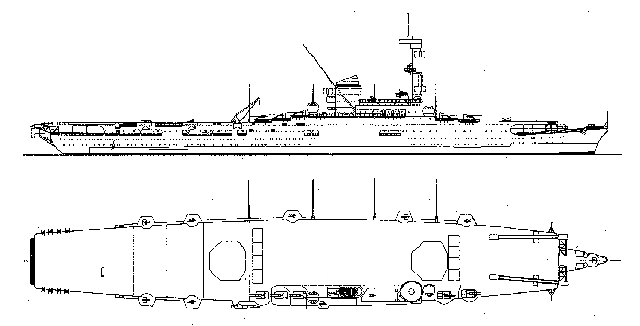 in nannu pec wrote:awesome !,...nothing better than a flattop!
in nannu

in nannu pec wrote:awesome !,...nothing better than a flattop!
in nannu

You got a point there Ray 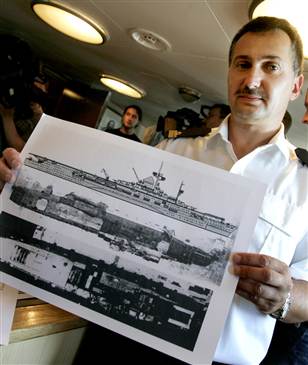 The Polish Navy have believed that they have found the Wrek of the Grap Zeplin. In this photo A Polish Naval Captain is holding 3 veiws of the ship. The top is a sideview drawing. The bottom is an areal photo taken of the ship in the 1930s while under construction. The center is a Sonar scan of the ship sitting on the bottom of the ocean. The Polish Navy says that they believe this ship to be Graph Zeplin. The sonar scan at the time of this picture was less than a week old. Info, and Pic were derived from MSN.com.
Haratio Fales

I found out that the pic and find was from 2009, so I'm sorry about it being old news. but it was interesing.
skyhigh

Haratio Fales wrote:I found out that the pic and find was from 2009, so I'm sorry about it being old news. but it was interesing.

I had also read on a History site that Herman Goring was in charge of developing the aircraft for the Graph zeplin. He hated the Kreigsmarine and told Hitler that the planes would not be ready untill 1943 and that is why they halted construction on her for so long. the planes they were developing were modified ME109s and Ju87 Stukas. They were not drawn up to be carrier planes from the get go. They probably would have been better off using, or copying Japanese zero's and Val's/ Kate's as although they were inferior to the german planes in some respects, they were designed to land on carriers.

Either way it would have been interesting if the Graph could have sailed, she could have possably extended the aircover range and saved the Bismark when she was runing for breast.
Sponsored content