Ray wrote:MY HUMBLE APOLOGIES Dear Marco as I thought you were refering ONLY to the helicopter roundels & this is evident since I ONLY mentioned the heli photo

Update on work done on these models so far. This is no piece of cake, the models are way off from our versions and need a lot of work. I will start working on the fuselage first.

The first two photos show half the fuselage. I had to reposition the rear door, block out the circular kit window which was present on all four fuselage halves and start to mark the position of the oval observation window which is found on both sides of the fuselage. A template for making the oval window was made from sheet aluminium.

Both Windows are done for that side of the fuselage.

The other side of the fuselage. The upper half is the kit part with the closed window. As you can see the configuration of our aircraft is totally different. The one at the bottom is complete. An additional circular window has been added and also the oval observation window.

I also need to remove all the kit panel lines since only those on the tail correspond to the real thing. I doubt if i will scribe any at this scale. However, there are a number of prominent panel lines which i will produce since they are very obvious. One i can think of at the moment is a horizontal one running the length of the fuselage beneath the windows. That will be the next step.

Fuselage is done and started work on the interior. One of the models will have the door open. Most of the work included scribing detail which includes the oval observation windows to the rear of both sides of the fuselage, and the circular opening on the bottom through which can be thrown the lift raft. Some more progress pics. I have now completed the internal detail for both models. Due to the small scale and limited view from the windows and open door, i did not go into a lot of detail but the items in the cabin are very basic. However, all the items in the real thing are represented. Just started painting the interior today.

Needless to say, all you see is scratchbuilt.

Here are the details fitted into one of the fuselage halves.

very good progress as usual Brian welldone , may I ask what is that round cylinder at the back..

The smaller cylinder is listed as droppable stores but i don;t know what it includes (yet). The larger cylinder is the dinghy which is folded into a cylindrical shape and can be launched from the aircraft through a round hatch on the bottom of the fuselage, openable from inside the plane. You can see the hatch scribe on the cockpit floor just near the dinghy.
slingshot392

Looking really good Brian! That's some nice detail in a small area, I know I would have a tough time doing it with these old eyes and shaky hands. The ruler really helps define just how small it is.
bcauchi

Thanks Brad, this is mostly painted now and you will soon see another update.
Ray

Here is the inside painted, not to keep you waiting. i did not go into too much detail as usual i overdid it and when you do close up the fuselage, little can be seen, but at least i know it is all there.

Looking very good, keep it up

I am not really happy with the way this build is progressing. The scale is not my usual, the subject either and the kits are total trash, the old revell kits are like tamiya quality next to this crap.
Wayne

Thanks for showing such confidence.
Ray

These are gonna look awesome for sure. Something different from you though!!

Some more work i did on these babies.

Here is the male mold for the bubble observation window. Mold made from extra resin. 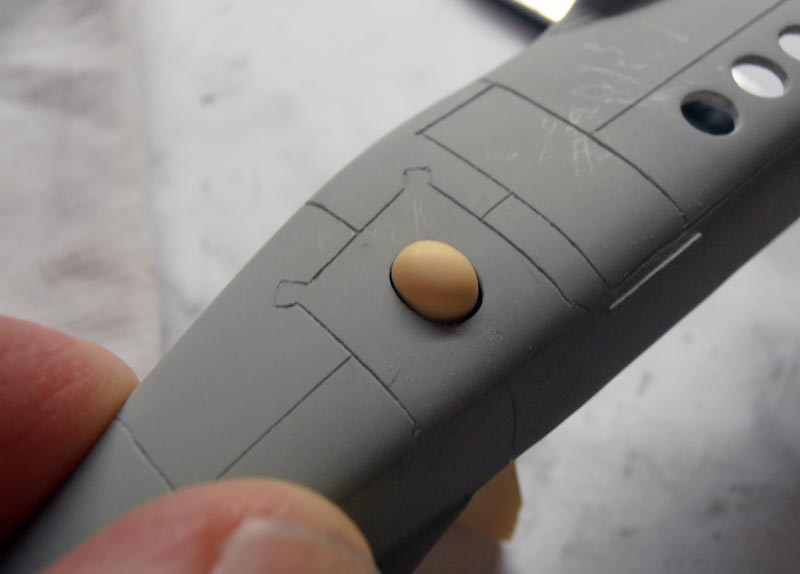 The two fuselage halves glued together 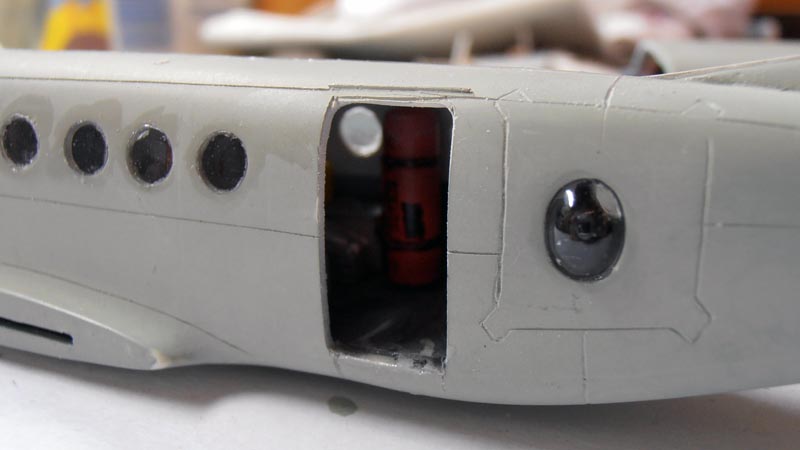 Brian you're doing a King's job on both of them

i need to post some more pics, the wings are glued in place and now that they are looking like planes, i am beginning to enjoy this project, and they are looking good, considering the kind of kit i am working with.
Sponsored content